The aim of the Band Tour was to help restart BB bands across the UK after Covid 19.
The group applied to the National Lottery Arts Fund and was successful in gaining a grant to support this tour and a programme of band events well into 2022.

The tour involved a Music Festival at Manchester Cathedral on Sunday October 24th 2021 involving BB groups from across the UK. This included a Brass band of 40, a Pipe band from London, bands from Manchester and BB bandsmen from Bedfordshire, Cambridgeshire, Worcestershire & from across London. In total over 300 people joining in the festival and service with a parade of bands through central Manchester supported by road closures.

It was an uplifting time to see so many young people restarting band work in the BB after nearly 2 years of inactivity.

Thereafter there was band training week at a BB Training Centre near Blackpool at Kirkham. This was residential with food, accommodation and activities organised throughout the week. A church hall was hired for the Pipe Band to rehearse and retrain and the main centre was used by groups playing Bugles, Drums, Bell Lyars and Percussion. During the week a performance was held to large crowds by the various bands on the Comedy Carpet at Blackpool opposite Blackpool Tower.

The whole event included over 60 young people being taught by upto 20 adult volunteers.   This had a huge affect on helping to restart musical activity in the Boys’ Brigade and benefited young people from every spectrum and from all corners of the UK.

Overall the band tour achieved all it set out to do – to bring musicians together again, to rekindle a desire to learn and improve playing a musical instrument and to perform at large public events. 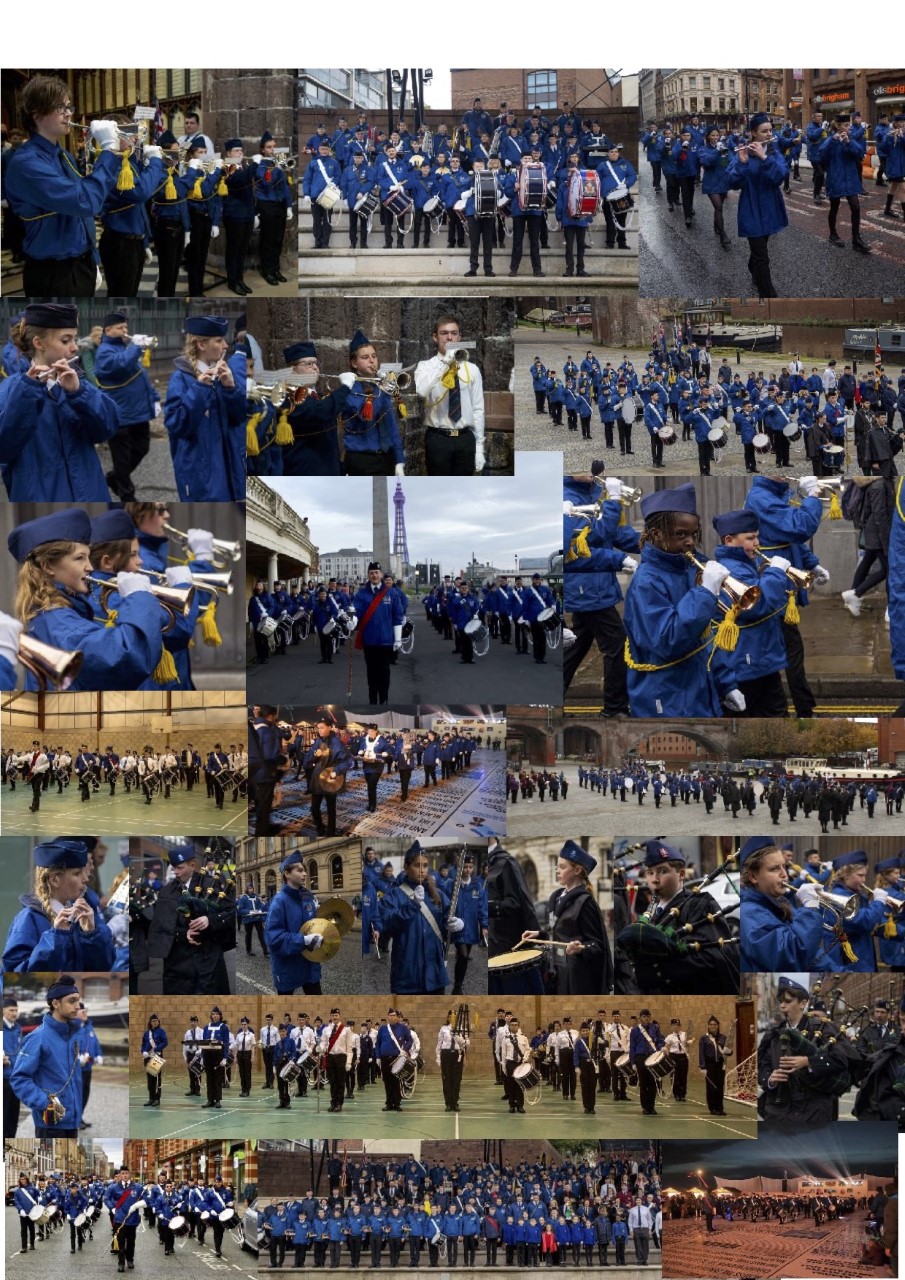 The pictures show members and leaders parading through Manchester City Centre and at Manchester cathedral. 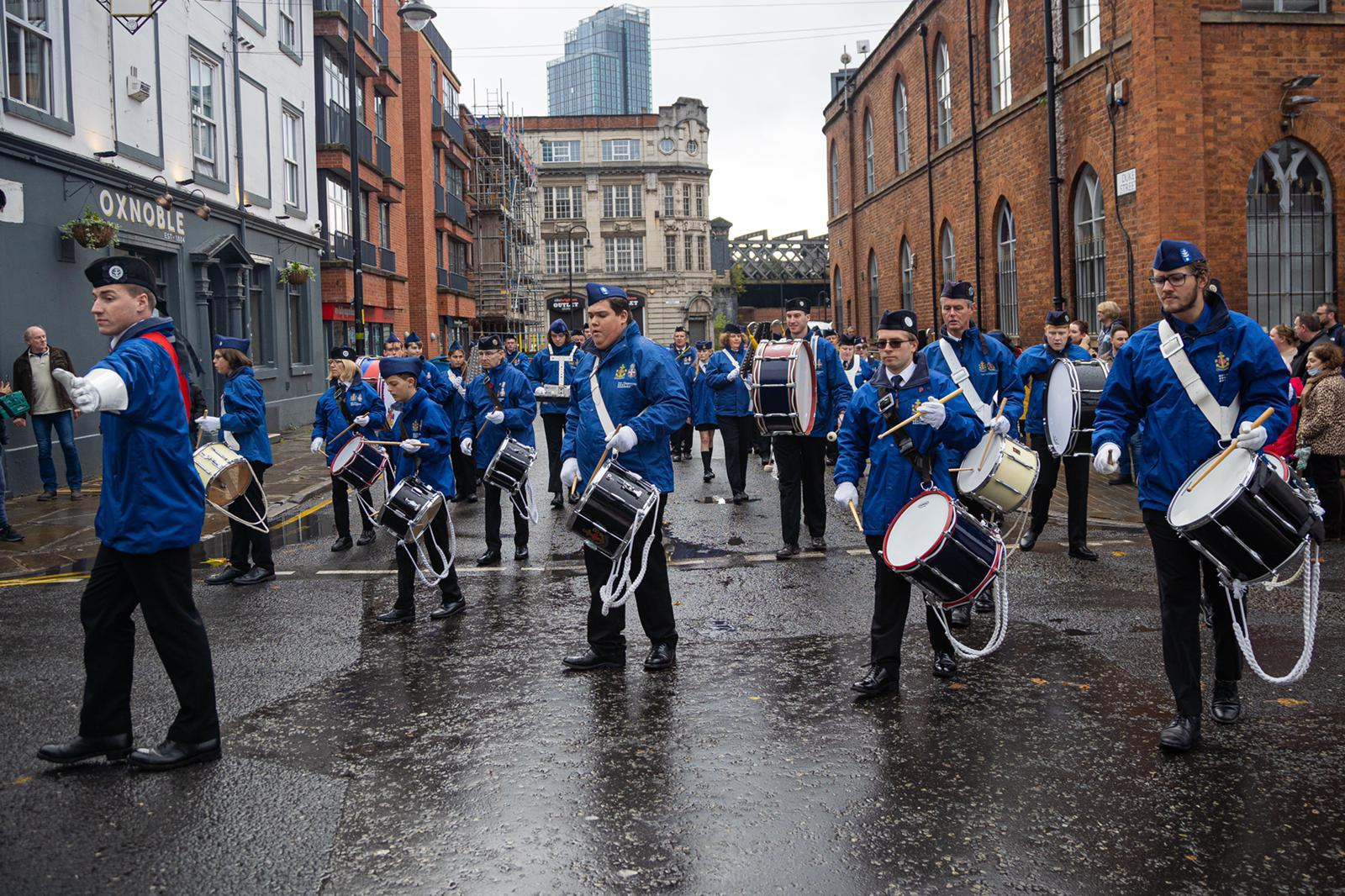 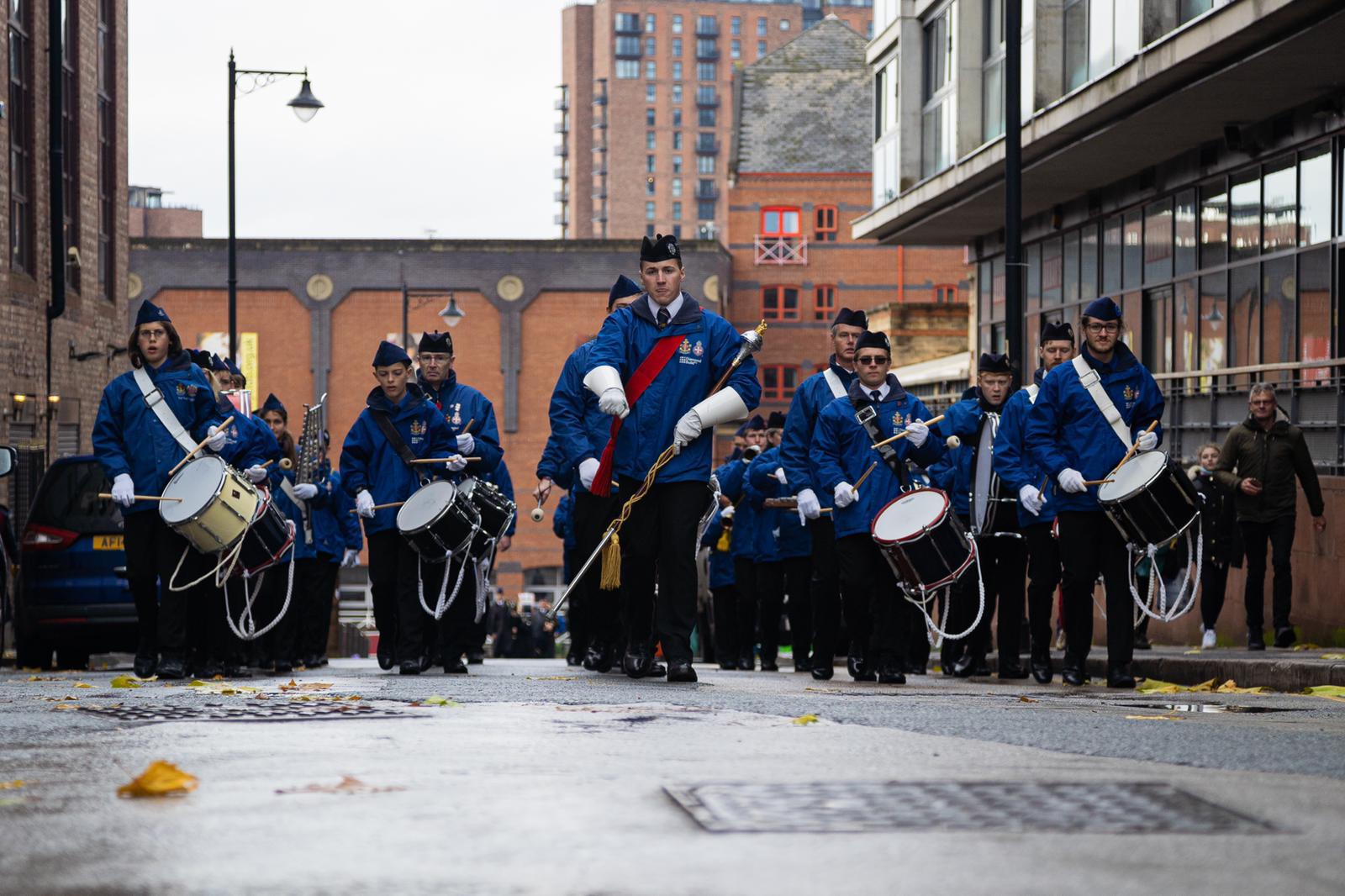 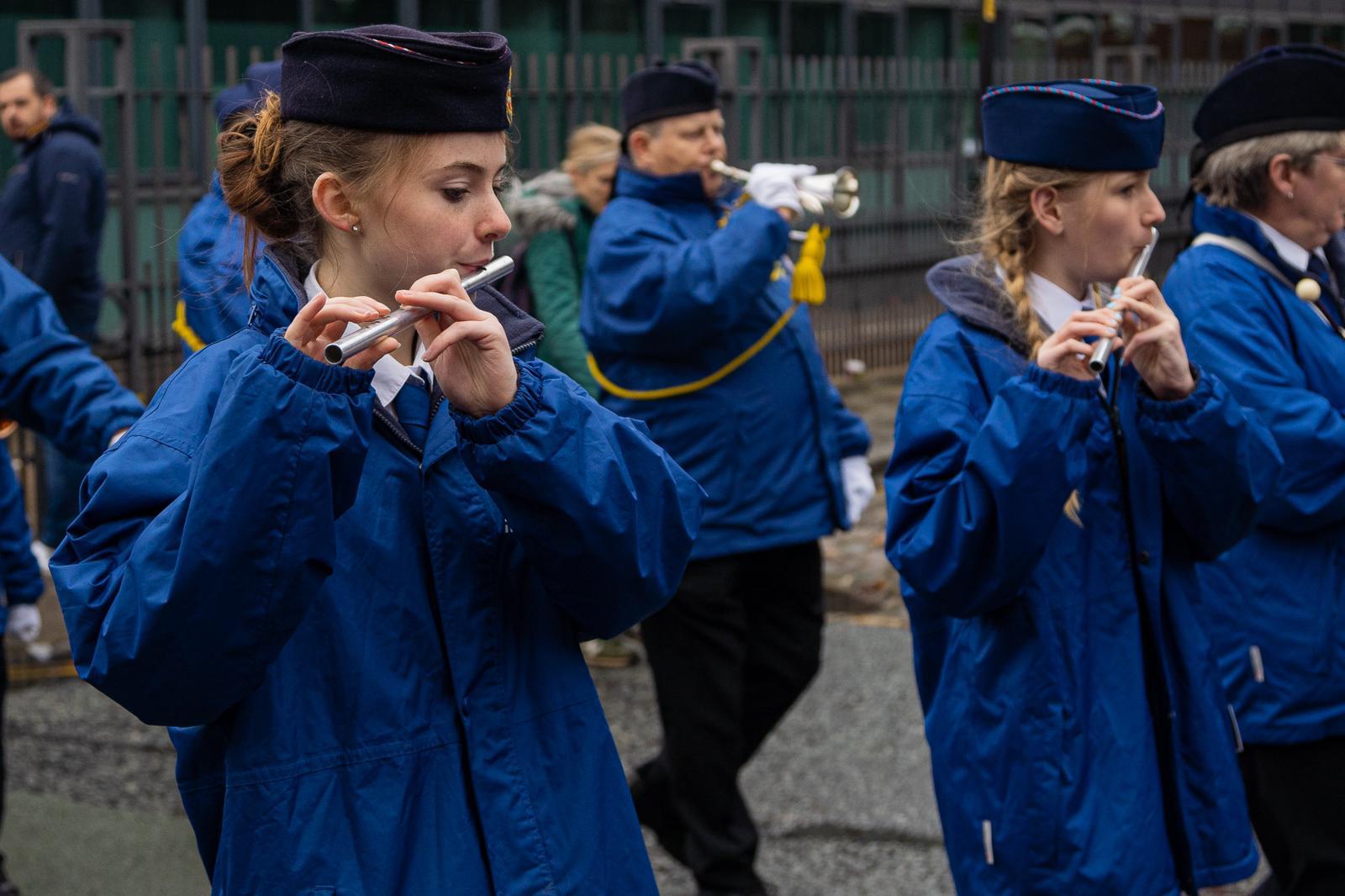 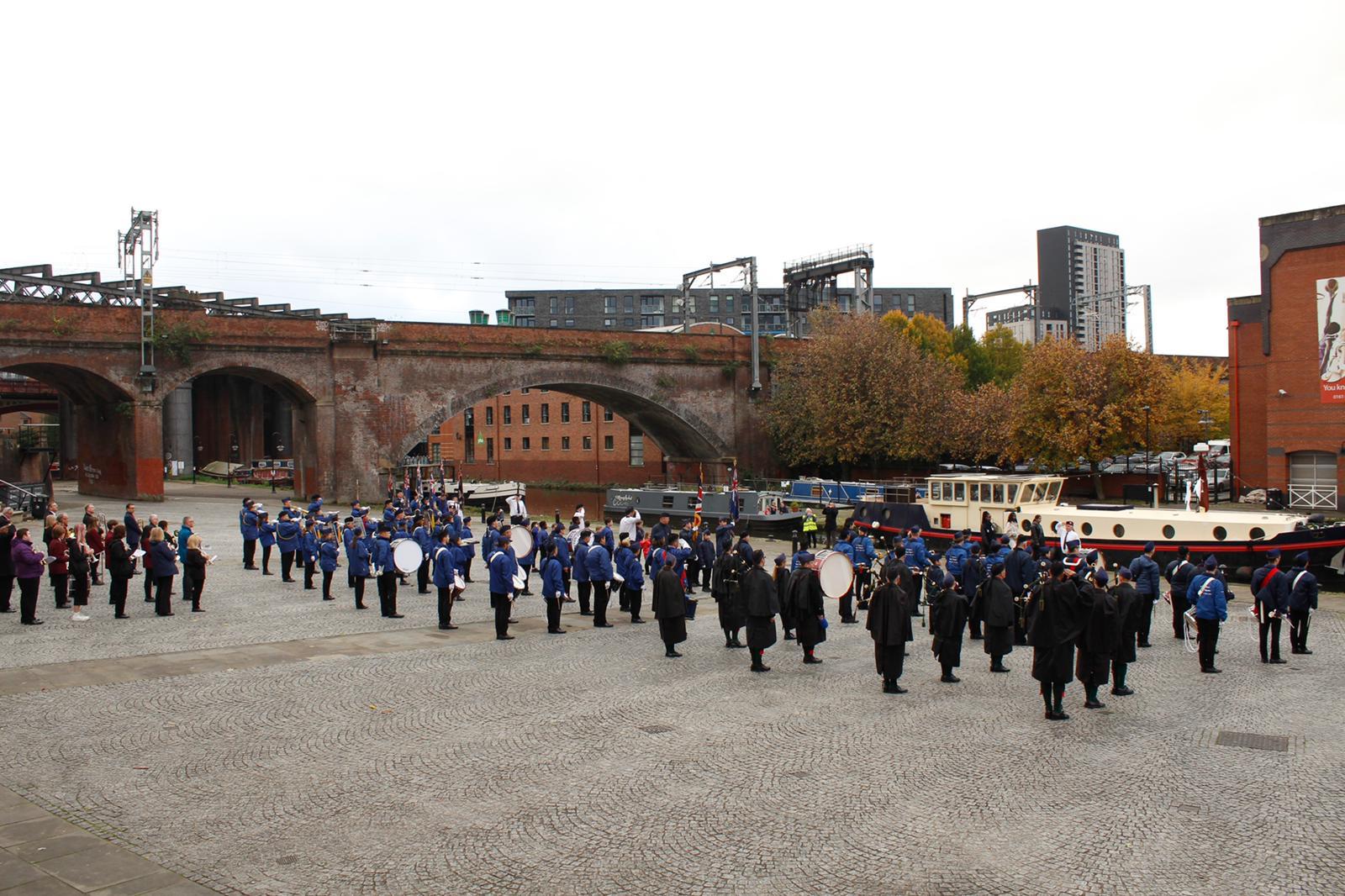 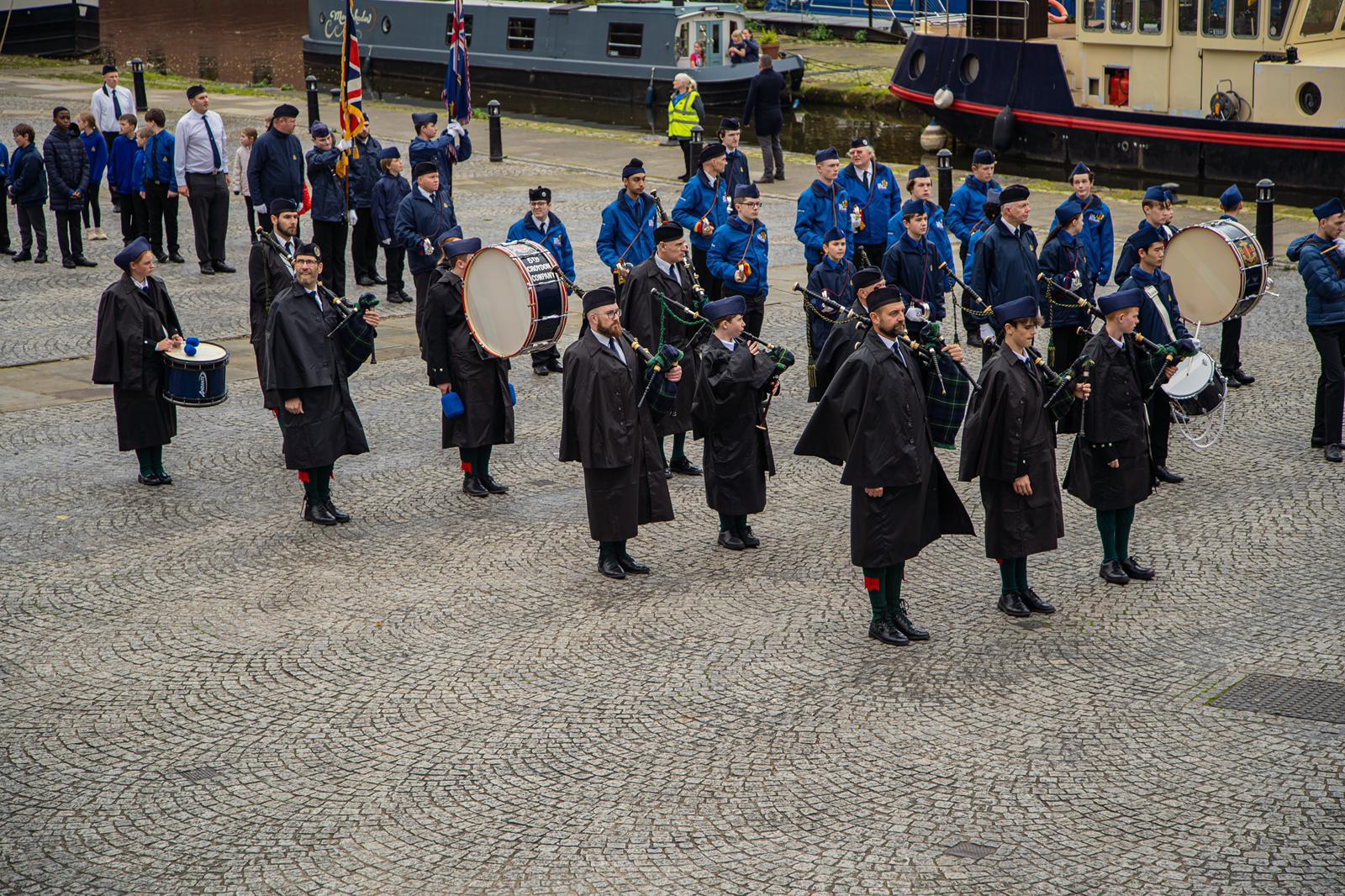 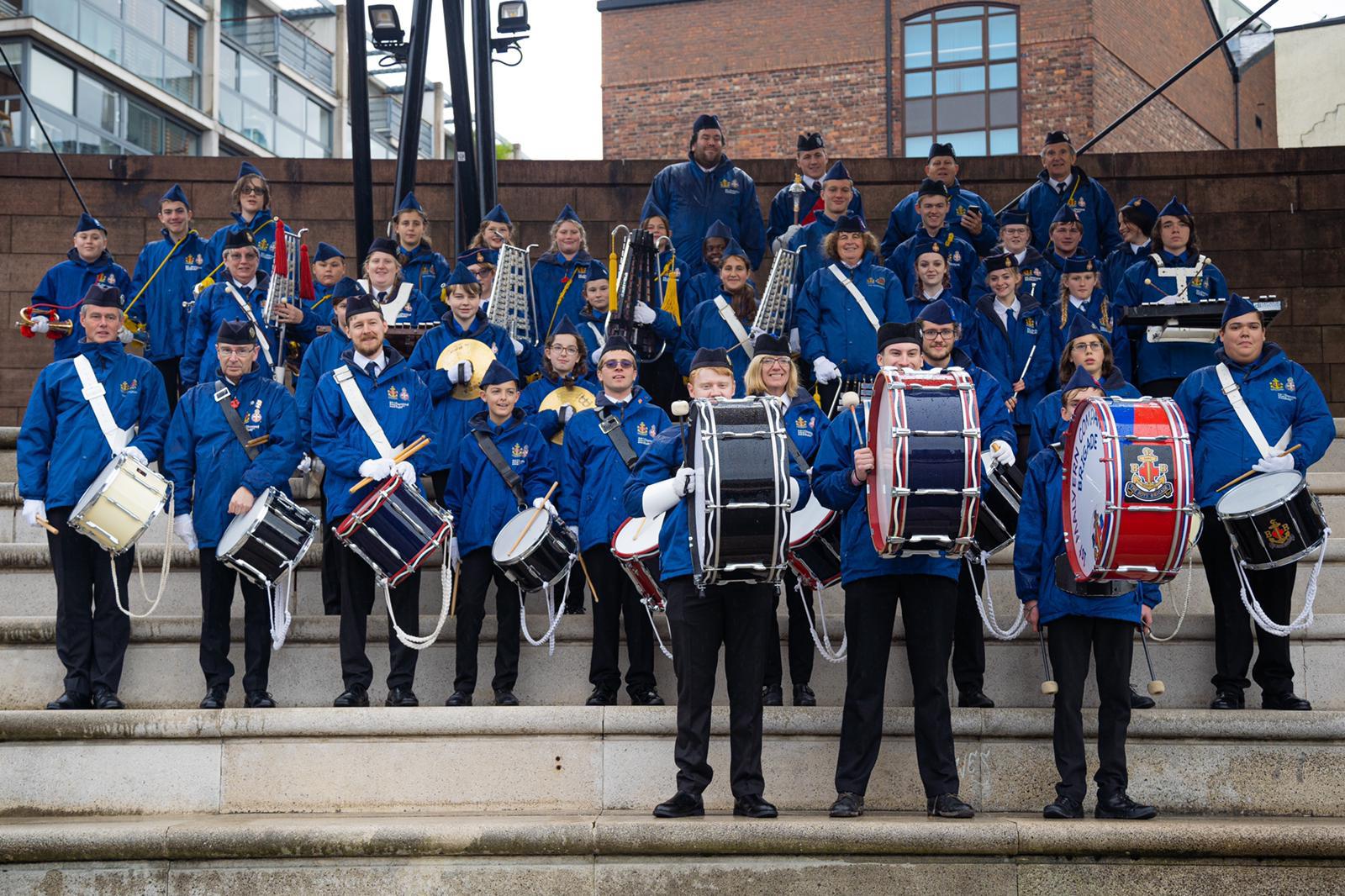 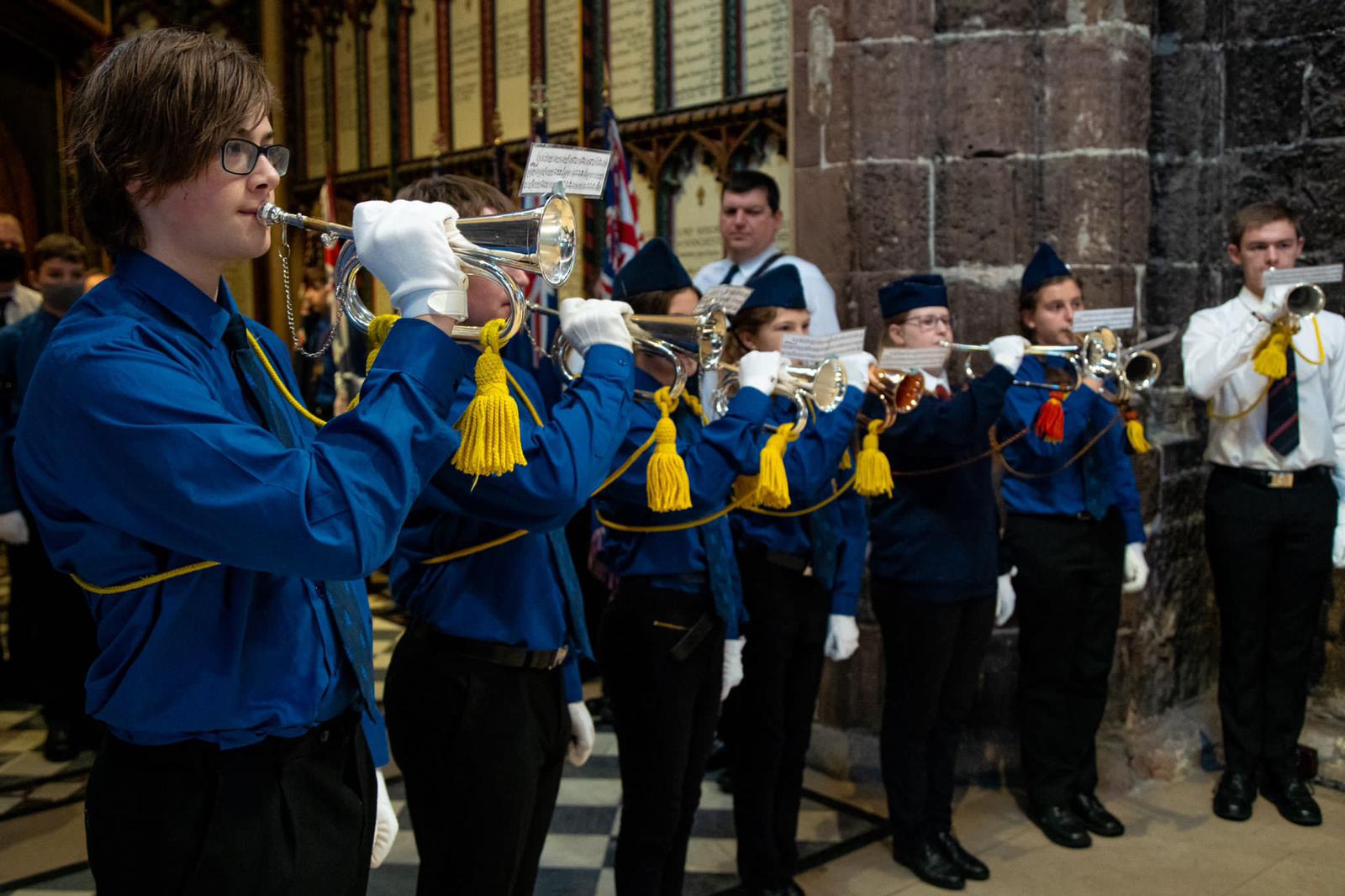 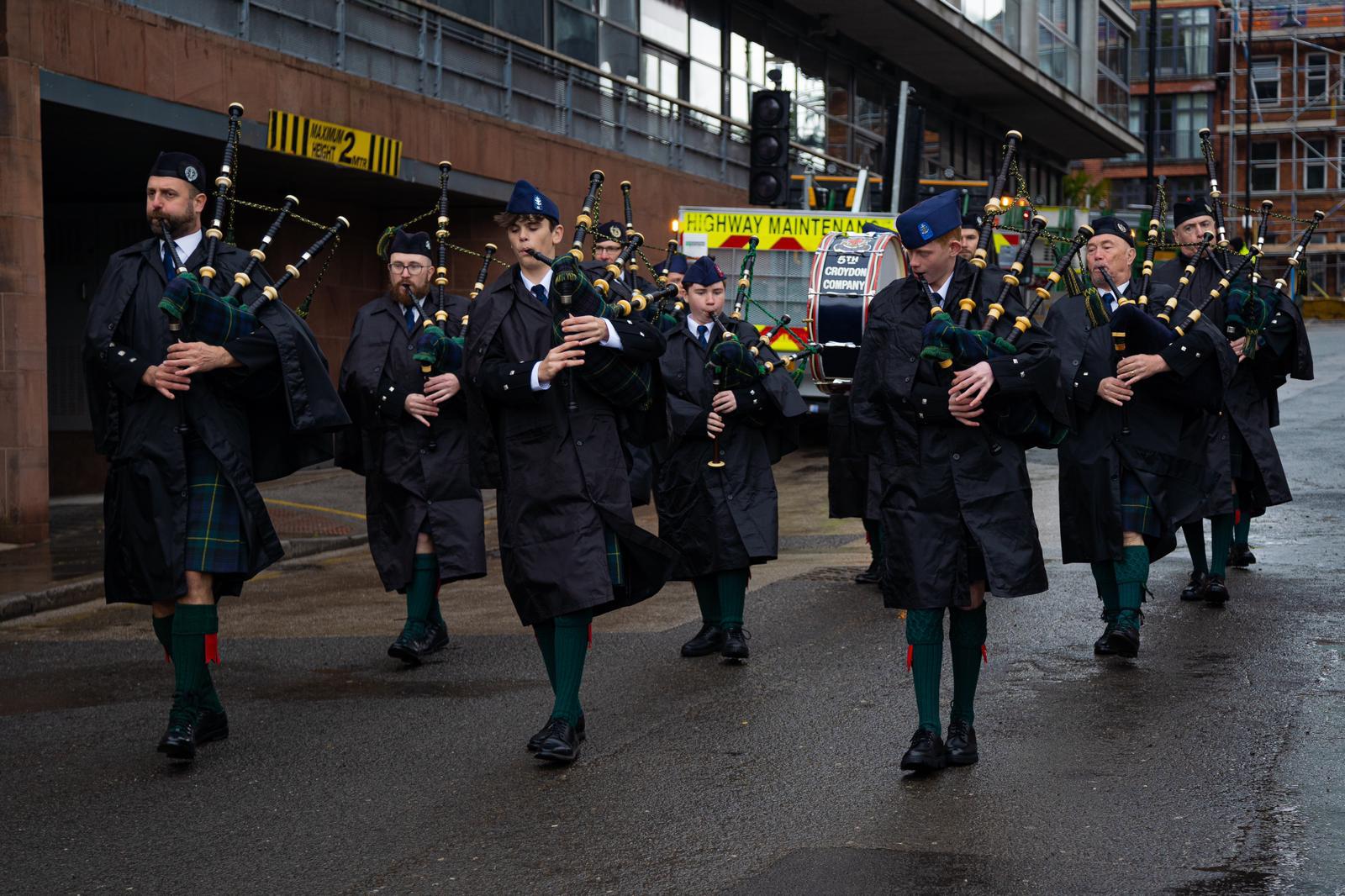 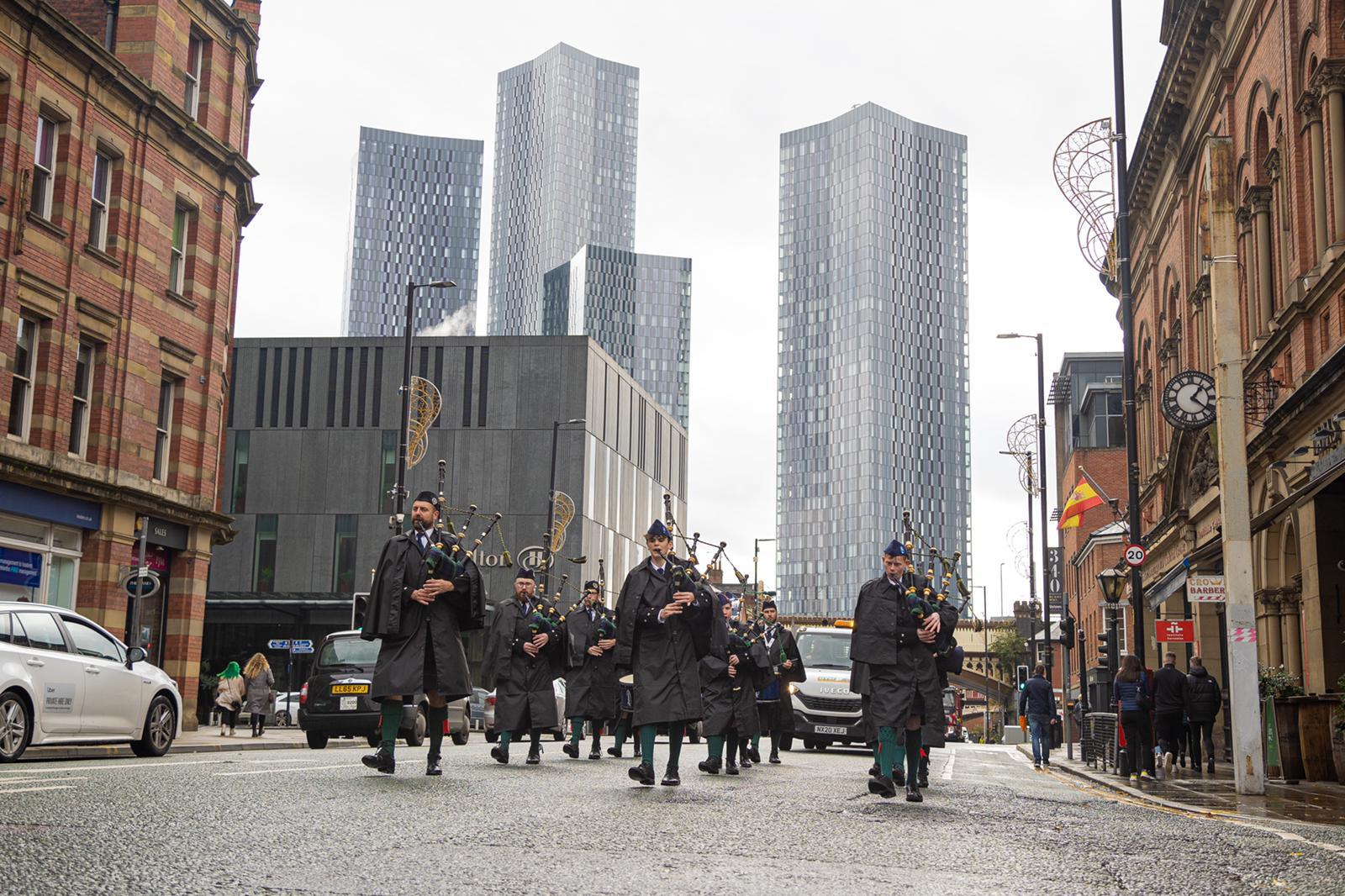 The pictures show members at the Boys' Brigade Training Centre, at Kirkham, near Blackpool. 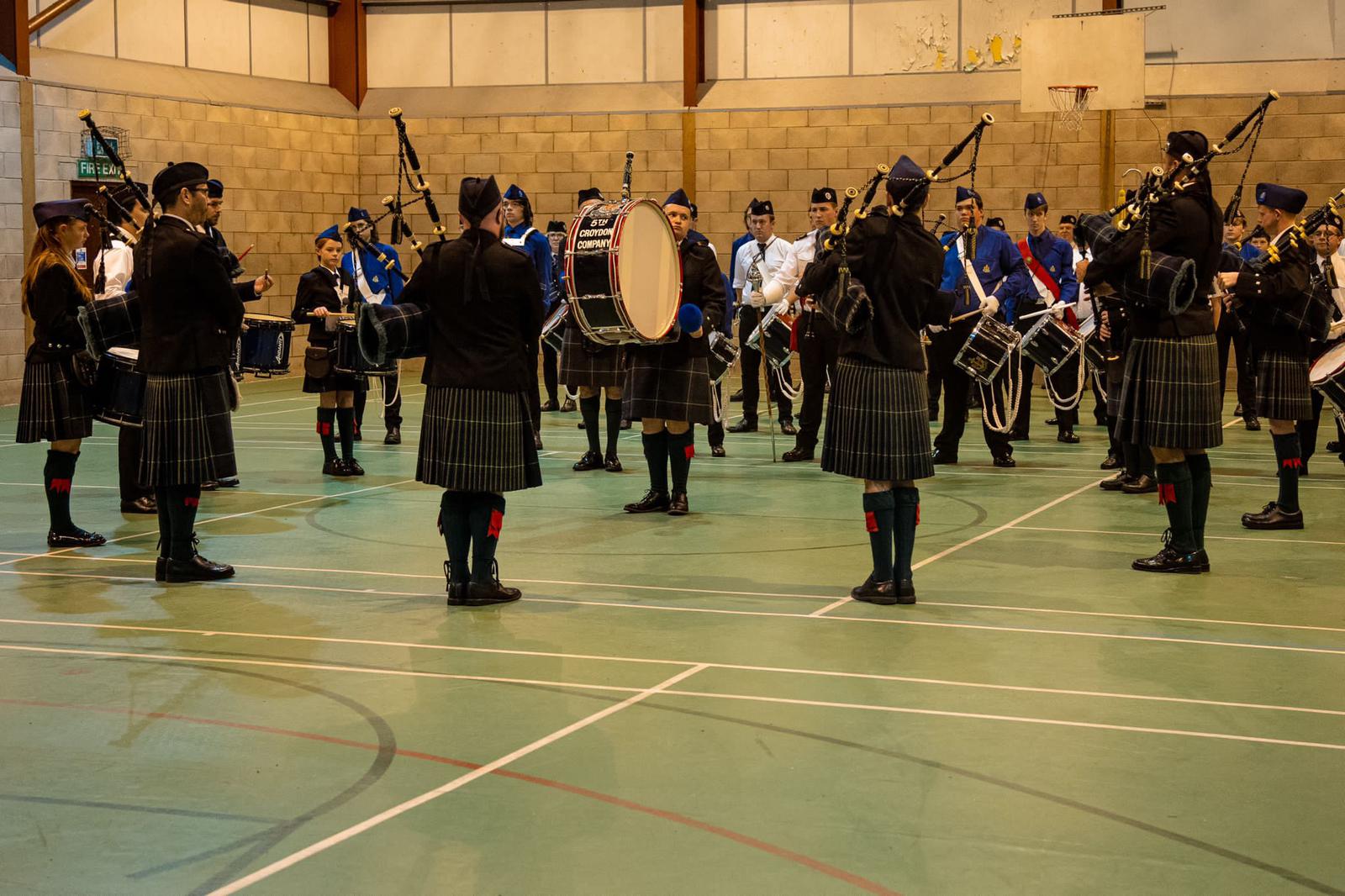 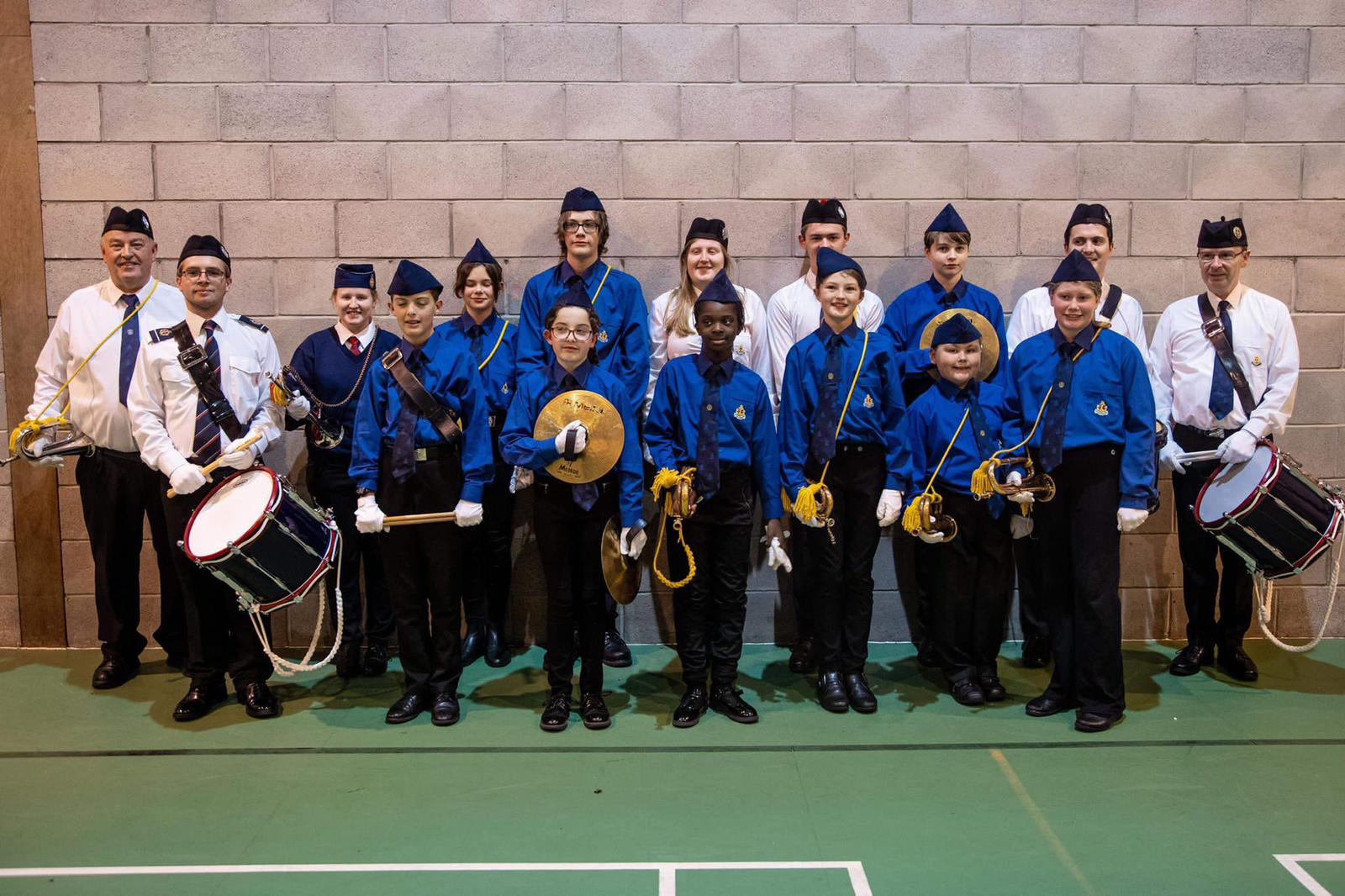 Here are some group photos that were taken of the Band.